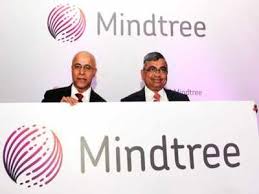 India’s Mindtree on Tuesday rejected conglomerate Larsen & Toubro’s hostile takeover bid, saying L&T’s plan to acquire a controlling stake will not create value for the IT services firm or its shareholders.

L&T, best known as India’s largest engineer, announced late on Monday that it was buying a fifth of Mindtree for roughly $ 475 million and planned further acquisitions to raise its stake to 66 percent, spending $ 1.6 billion in total.

“The hostility is not just in terms of the shareholding, but also because of the fact that this particular group has competing business with us,” Mindtree chief executive Rostow Ravanan told reporters at the company’s headquarters in the tech hub of Bengaluru.

“Whether the deal is done by reckless pursuit of scale or driven by ego is the question that needs to be answered,” Ravanan added.

L&T’s hostile bid to acquire a controlling stake in Mindtree is the first in India’s over $ 154 billion software services industry and is rare for India’s corporate sector, where unsolicited suitors are usually deterred by founders with large shareholdings.

Mindtree founders, including Executive Chairman Krishnakumar Natarajan, and CEO Ravanan own a combined 13.3 percent stake in the company.

Earlier in the day L&T executives sought to calm investors, promising they would run Mindtree separately from its tech services unit L&T Infotech Ltd, in which L&T owns a 74.8 percent stake.

“Mindtree with our investment… will be run as an independent company with its board, with its management,” L&T chief executive S. N. Subrahmanyan said at a news conference in Mumbai. “What L&T at best would do is to provide board oversight, management connects, value additions, benefits.”

Mindtree founders however said they saw no strategic advantage in the transaction and believed that it would be “value destructive for all shareholders”.

Mindtree’s management said its independent directors will set up a committee to evaluate the deal on merit.

Mindtree, with a strong client base, is an attractive asset for L&T, according to analysts covering the sector. It trades at 21.45 times forward earnings, compared with a sector average of 15.58, according to Refinitiv Eikon data.

“This acquisition is in line with (L&T’s) stated strategy of focusing on services and asset light businesses … and will help propel L&T’s technology portfolio to within the top tier of Indian IT companies,” Morgan Stanley analysts said in a note.

The combined revenues of Mindtree, L&T Infotech and L&T Technology Services would be about $ 3 billion, the brokerage said.

The Indian IT services industry is dominated by the likes of Tata Consultancy Services and Infosys.

In addition to the acquisition of a fifth of Mindtree from Indian coffee baron V.G. Siddhartha and companies related to him announced on Monday, L&T has placed an order for an on-market purchase of up to 15 percent of Mindtree’s shares at 980 rupees apiece.

It is also looking to buy an additional 31 percent from Mindtree’s public shareholders at the same price. That represents a premium of 1.8 percent to Mindtree’s closing price of 962.50 rupees on Monday.

Local media reported on the potential deal over the weekend.

Shares in L&T fell 1.5 percent while Mindtree ended 2 percent lower in a broader Mumbai market that edged 0.6 percent up.