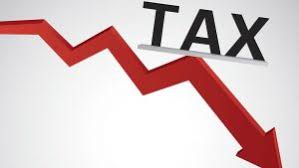 Most Americans have apparently given up on lower taxes for now as only 21% of those who already filed their taxes think they’ll pay less for 2019, according to a Reuters/Ipsos poll released Friday.

The filing is for the now-closed 2018 tax year, which was the first to see implementation of the tax cuts a Republican Congress passed in December 2017. Although Donald Trump promised that the legislation would be “one of the great gifts to the middle-income people of this country that they’ve ever gotten for Christmas,” many think their present was a lump of coal.

Of the 1,755 people polled, 21% said that the “the new tax plan that Congress recently passed” would result in lower tax payments for them. About 27% didn’t expect to see either a positive or negative impact, another 29% said they would pay more, and 24% weren’t sure.

The impressions varied by party affiliation, as 33% of Republicans thought they would pay less and 17% thought the bill would be more. Of Democrats, 8% thought they’d pay less and 45% expected a larger tax bill. Touting consumer savings through lower taxes may not be a winning argument in the 2020 elections.

It wasn’t clear whether people understood how much they paid in comparison to what they made or if withdrawals were high enough. Richard Thaler, who won the 2017 Nobel Prize in economics, said that there was too little publicity for changes in withholding tables, according to Newsweek, possibly resulting in people having too little taken out of their paychecks and, as a result, smaller returns.