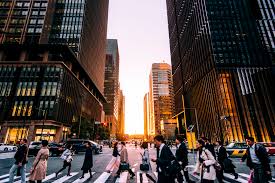 U.S. Hiring Slows Sharply to Weakest Point in a Year

U.S. hiring was the weakest in more than a year while wage gains were the fastest of the expansion and the unemployment rate fell, a possible sign that America’s jobs engine is starting to slow down.

Nonfarm payrolls increased by 20,000 after an upwardly revised 311,000 gain the prior month, a Labor Department report showed Friday. The median estimate in a Bloomberg survey called for an increase of 180,000. Average hourly earnings rose a better-than- projected 3.4% from a year earlier, while the jobless rate declined to 3.8%, near a five-decade low.

Even with faster pay raises, the big miss on payrolls may fuel concern about the mood among U.S. consumers following a December retail-sales slump that was the worst in nine years. Economists project the expansion will slow this year, amid weaker global growth and the fading impact of fiscal stimulus such as President Donald Trump’s tax cuts.

At the same time, policy makers and economists might wait for several months of weak hiring before concluding there’s cause for concern in the labor market. Some of the weakness could be chalked up to winter weather, as construction jobs fell by 31,000, though many other sectors were soft including education and health services as well as leisure and hospitality.

This marked the first February since 2011 that the initial reading on payrolls missed the median estimate of economists. The 20,000 gain was the lowest since September 2017, a month marked by the impact of several major hurricanes.

Manufacturing payrolls increased by 4,000, trailing the 12,000 median forecast. Retail jobs fell by 6,100, while education and health services posted a meager gain of 4,000 and leisure and hospitality payrolls were unchanged. One solid reading was professional and business services, with a 42,000 increase.

The labor-force participation rate was unchanged at a five-year high of 63.2%, while the employment-population ratio, another broad measure of labor-market health, held at 60.7%.

Just this week, the Organization for Economic Cooperation and Development cut its 2019 global growth forecast to 3.3% from 3.5%, China lowered its economic growth target, and the European Central Bank slashed its projection for the region.