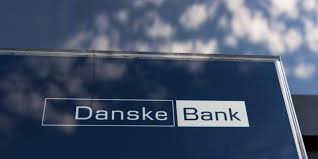 More banks are caught up in money-laundering scandals

THE MONEY-LAUNDERING scandal that struck Danske Bank last year was staggering. The Danish lender’s Estonian branch is suspected of handling up to $ 230bn of iffy funds from former Soviet states. Aftershocks are rumbling under other European banks. Shares in Austria’s Raiffeisen Bank International tumbled by more than 12% on March 5th after a complaint was filed accusing it (and, to a lesser extent, other Austrian banks) of “gross negligence or acquiescence” in connection with suspicious flows from Danske. Raiffeisen says it is investigating.

Raiffeisen is just the latest bank to be suspected of channelling dirty money from Europe’s eastern fringes. Helsinki-based Nordea and Sweden’s Swedbank are among those embroiled in the Danske affair. Swedbank’s share price has shed 18% since it was linked to Danske last month (see chart). Some banks have been stained by a separate scheme, the “Troika Laundromat”. European banks caught up in such allegations have lost €20bn ($ 22.6bn) or so in stockmarket value in the past six months.

The sums that may have flowed through other banks are small change by Danske’s impressive standards. Nordea allegedly handled some €700m, while $ 5.8bn is reported to have moved between Swedbank and Danske.

But investors have good reasons to be jittery. More suspicious transactions are likely to be unearthed. Probes are under way in Denmark, Estonia, Britain, France and America. It is the last of these that turns shareholders’ stomachs. America does not take money-laundering lightly. In 2012 it fined HSBC $ 1.9bn for handling Mexican drug money and installed a monitor for five years.

Europe may get tougher too. Calls are growing for the European Central Bank or the European Banking Authority, an EU agency, to be given more powers over national watchdogs. Investors might also worry about businesses being closed. Estonia’s banking regulator has ordered Danske to shut its branch and return deposits to customers later this year.

Then there is the interruption that such scandals bring. It is anyone’s guess how much time Danske’s interim boss, Jesper Nielsen, and his team have had to devote to cleaning up the mess. Such distractions are rarely good for business.