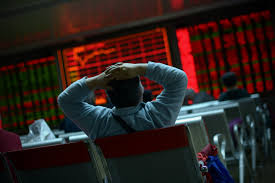 The London Stock Exchange is thriving despite Brexit

WHEN LSE Group, the parent company of the London Stock Exchange, Europe’s largest, released its 2018 annual results on March 1st, there was an elephant on the trading floor. During the hour-long earnings call, LSE’s boss, David Schwimmer, mentioned Brexit just eight times. Six of those occasions came after slide 28.

Mr Schwimmer need not have been so cautious. Britain may be in political turmoil and banks may be shifting jobs and assets out of London, but Brexit is doing little to perturb LSE. Last year the group’s revenue grew by 8% and its operating profit by 15%. Its share price is up by 22% since December. LSE did announce 250 job cuts, 5% of its staff, but after 27 acquisitions and investments in the past decade, it has some tidying to do. It retains five different offices in New York, for example.

In theory, Brexit chaos could harm the exchange, either because investors shun British companies or because they are too nervous to trade at all. Yet last year they traded more, as they swapped racier holdings for more defensive stocks. Opportunistic buyers also jumped in. Because the LSE collects a fee on every transaction, volatility has meant more money coming in.

More important, it has diversified away from cyclical activities since the financial crisis of 2007-08. Trading now accounts for a mere fifth of revenue (see chart). Twice as much comes from selling data feeds, a steady business. The rise of quantitative funds and passive investing has increased demand for data products, for which clients pay an annual fee. In 2014 LSE paid $ 2.7bn for Frank Russell, an index compiler, which it combined with FTSE, its own index business. The joint unit now ranks among the world’s top three index providers to exchange-traded funds, a market that has lured $ 3.3trn over the past decade.

Some 31% of revenue comes from clearing trades. Regulators have pushed for derivatives contracts—which investors use to hedge borrowing costs, currencies or commodity prices—to be settled in clearing houses, arguing it makes the system safer. These middlemen sit between buyers and sellers, holding collateral lest either side default. LSE owns LCH, a platform that clears over $ 3trn daily and boasts 90% of the interest-rate swap market.

The EU has long hinted it could seek to repatriate euro-denominated clearing after Brexit. But last month the bloc’s market regulator granted one-year licences to British clearing houses, permitting EU-based traders to continue using them even if a hard Brexit prevails. America has since said its traders would be allowed to do the same. So LCH’s business looks safe for now. European rivals such as Deutsche Börse, which are trying hard to lure clearing away from London, have so far had little success.

LSE is an attractive takeover candidate. It is a scarce asset: other big exchanges are politically impossible to buy. That doesn’t make it an easy win, though. Since 2001 it has seen off four hostile bids. An agreed merger with Deutsche Börse collapsed in acrimony in 2017. Still, some firms may fancy their chances. ICE, which owns the New York and Paris stock exchanges, is in pole position to try, says Chris Turner of Berenberg, a broker. TCI, a hedge fund, predicts a £15bn ($ 20bn) bid. Exchanges may be shy of discussing politics, yet they could end up building bridges across both the Channel and the Atlantic.