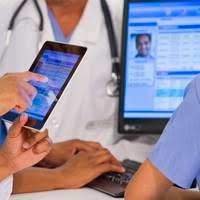 Wall Street seems divided on a Medicare-for-All bill introduced into Congress last week. Analysts wrote notes assuring investors that the bill had a slim chance of passing. But investors have been unloading shares of health insurers amid concerns that the issue may gain momentum ahead of the 2020 election.

Since last Wednesday, when the Medicare-for-All bill was submitted to the House of Representatives by Rep. Pramila Jayapal along with more than 100 Democratic co-sponsors, the S&P’s subindex for health insurers has declined 9.4%. UnitedHealth has dropped even more, losing 10.3% of its value since then.

The bill would replace most private health insurance with a national single-payer system. The idea was first brought into mainstream politics when Presidential candidate Bernie Sanders made it a centerpiece of his campaign in 2016. Since then, more Democrats, including many candidates in the 2020 Presidential election, have embraced Medicare for All.

Despite that momentum, some healthcare analysts on Wall Street downplayed the bill’s threat to insurers. Veda Partners analyst Spencer Perlman said the bill was “an impossible dream” and that any selloff in insurer stocks on the news offered an opportunity for investors to buy shares on weakness.

Another analyst, Gary Taylor of JPMorgan, agreed that “the bill has no chance of passing” in the Senate, which is controlled by Republicans opposed to Medicare for All. Nonetheless, the bill could ramp up the debate around reforming U.S. health insurance this year, causing “generalist investors [to] become wary of investing in the sector.”