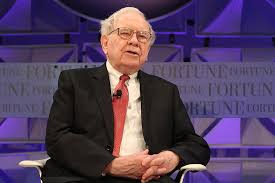 The Oracle of Omaha is apparently through with the Oracle of Silicon Valley. And he also looks to be less bullish on Apple.

Warren Buffett’s Berkshire Hathaway said in a quarterly filing with the Securities and Exchange Commission Thursday that his company sold off $ 2.1 billion worth of Oracle stock during the fourth quarter of 2018. Only three months earlier, Berkshire first reported owning 41.4 million shares in the enterprise-software giant.

At the time, the Oracle investment was notable because Buffett had historically tended to be cautious about investing in technology stocks. Berkshire had also been building up a stake in Apple as the company approached a trillion-dollar market cap last year.

But during the fourth quarter, as Apple and other tech stocks tumbled, Berkshire trimmed its stake in Apple to 250 million shares, or about 5.7% of the company, from 253 million at the end of September. Apple remains Berkshire Hathaway’s largest investment.

The disclosures were made in Berkshire Hathaway’s 13-F form filed each quarter with the SEC. Buffett, who according to Forbes has a net worth of $ 85 billion, is revered as a successful investor. News of the investments he makes through Berkshire Hathaway often move the stock prices of those companies’ shares.

Buffett’s company also increased its stake in General Motors by more than 20 million shares to 93.2 million shares overall, along with bigger investments in financial companies the company has tended to favor in the past: JP Morgan Chase, Bank of America, and US Bancorp.