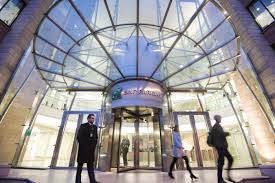 Record Earnings, Good Economy—So Why Are the Big Banks Cutting Back?

Last month, Wall Street’s major banks celebrated robust quarterly earnings virtually across the board. Even before Morgan Stanley disclosed comparatively disappointing numbers, the likes of Goldman Sachs, JP Morgan Chase, Citigroup, Bank of America, and Wells Fargo combined to report more than $ 100 million in earnings for the fourth quarter of 2018. Buoyed by the Trump tax cuts and the crest of the current economic cycle, the big banks shrugged aside December’s topsy-turvy market volatility and other macroeconomic concerns to inform investors and analysts alike that business, for the time being, was booming.

The moves, while each different and motivated by varying factors, reflect a concerning state of affairs across the investment banking industry at large. Whether influenced by fluctuating market conditions, regulatory pressures, or a confluence of the two, major global banks are now tightening their belts at a time when an altogether positive macroeconomic outlook should bode well for them.

One reason for the shift is a dynamic that some industry observers believe the big banks should have addressed years ago. Michael Spellacy, Accenture’s senior managing director for capital markets, describes the current round of cutbacks as “completely in line with our expectations” and calls them a “short-term, giant Band-Aid” covering up larger issues involving their operational cost structures.

The problem, according to Spellacy, is that banks are by and large burning cash on outdated, archaic business systems that are grossly inefficient. “Some of these investment banks are running complex, legacy infrastructures that haven’t been addressed since Noah boarded the Ark,” he says. Spellacy adds that while banks have moved to cut costs to varying degrees, the fact that many are opting to slash their headcount mean that “the underlying issues are not being addressed.”

The banks also have heightened competition in the realm of asset management to reckon with. Mayra Rodriguez Valladares, managing principal at bank and capital markets consultancy MRV Associates, notes recently published statistics from the Financial Stability Board that show that non-bank entities hold a greater share of global financial assets—30.5%, or $ 116.6 trillion—than ever before.

“The banks have known for a while that this day was coming; they got so beat up during the [financial] crisis, and all these non-banks didn’t have the same regulations to comply with,” Rodriguez Valladares says, citing asset management giants like BlackRock and the Vanguard Group as examples. “From 2008 to now, there has been unbelievable, explosive growth by all these non-banks, and what that means is banks now have to be leaner and meaner.”

Despite strong macroeconomic conditions overall, especially in the U.S., there have been lingering financial and psychological effects from December’s volatility. Not only did the fluctuating markets hurt the bottom lines of market-sensitive sectors like fixed-income securities (which virtually all investment banks took a hit on in the fourth quarter), but it triggered very real anxieties about the overall direction and near-term outlook for the global economy.

Of course, despite commonalities in the costs cuts and layoffs seen across the investment banking sector, each of the financial institutions that have taken such measures are facing circumstances unique to them. Goldman Sachs—the only major U.S.-headquartered bank to weighing such cutbacks—is in the midst of an executive review of its operations and has seen its commodities-trading revenues decline in recent years, according to the Wall Street Journal, which first reported the news of the commodities trading cuts. (A spokesman for Goldman Sachs tells Fortune that the bank is “conducting business reviews across the firm” but has “reached no conclusions.”)

The other, more Eurocentric banks—which are less insulated by a comparatively soaring U.S. economy—have their own sets of challenges to confront. London-based HSBC reportedly has an eye on protecting its shareholder dividend, while Paris-based Société Générale has been hurt by market conditions as well as the fallout from the more than $ 1.3 billion in fines it agreed to pay U.S. regulators in November for violating economic sanctions. Frankfurt-based Deutsche Bank is also seeking to control costs as it deals with market headwinds and regulatory scrutiny that have pummeled its stock and prompted fervent speculation of a merger with fellow German lender Commerzbank. (Representatives for HSBC did not return requests for comment and a spokeswoman for Deutsche Bank declined to comment. A spokesman for Société Générale says the bank has yet to discuss layoffs and is currently reviewing its activities.)

Paris-based BNP Paribas, meanwhile, was also hit hard by the end-of-year market volatility and has raised its annual cost savings target to 3.3 billion euro by 2020. A BNP spokeswoman acknowledged that the company’s investment banking business “was impacted by the volatility at the end of the year” but says the bank has yet to consider layoffs as a response.

Rather, she says BNP Paribas is pursuing cost-cutting initiatives focused on “streamlining IT organizations, reinforcing functions by using artificial intelligence and realizing our real estate costs,” as well as a “digital transformation” of its customer-facing retail banking business.

BNP Paribas, like Goldman Sachs and Société Générale, remains noncommittal on whether it will resort to layoffs in the future. Given broader concerns about the macroeconomic picture globally—and a feeling that things will only slow down moving forward—this round of belt-tightening could only be the start for the banking powerhouses of the world.