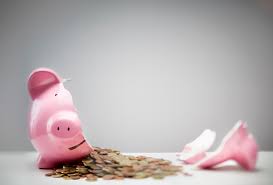 “I’m not surprised very often. I have to admit to being shocked by some of our results this year.”

This is how Mark S. DiSalvo, the president and CEO of business consulting firm Semaphore, described the results he received in the latest Annual Confidence Survey.

Why? Because it turns out Term Sheet readers aren’t very confident.

“For more than a decade the results about our national and international economy have generally been in a narrow range of reasonable confidence. Not today,” writes DiSalvo.

In January, a record 604 Term Sheet readers took a survey conducted by Semaphore about confidence in 2019. (Approximately 30% of respondents work in private equity, 21% work in venture capital, with the rest being investment bankers, LPs, operating executives and third party vendors.)

The full results are quite interesting, but here are the highlights:

— 41% of respondents had no or little confidence in the U.S. national economy. (Only 8% expressed little to no confidence last year).

— 88% believe sexual misconduct, harassment, and gender bias are a problem in the VC/PE industry.

— 28% say that the corporate income tax rate cuts influenced the business and investments judgments they made in 2018, while 72% say they did not.

There were some additional comments that struck me. (Note: respondents were 81% male and 19% female).

On sexual misconduct: There was a whole lot of apathy.

• “I’m guilty of it. Not proud of it but trying to change my abuse of the power dynamic. I can’t honestly promise I will succeed.”

• ”Hard to change these problems in a still predominantly male industry.”

• ”Subtle gender bias is the most prevalent issue in private equity, but I don’t think it’s limited to this industry.”

• “Too deeply embedded to be solved quickly.”

• ”Socioeconomic bias is a larger issue.”

• ”There will always be creeps out there.”

• ”I believe that it will be lingering for the foreseeable future but I believe progress has and will continue to be made to reduce it. I think the best way to address it is to incur severe punishment on those that violate this (ie terminate employment or significantly reduce compensation) and companies need to do a better job of not covering up wrongdoings of those in power. Personally I think it is easy to act appropriately, respect your co-workers and promote employees based on merit, and I cannot fathom how people still struggle to do that.”

• “Cultural change takes time and real costs to not making changes need to be “felt” before change happens.”

• ”In my own experience, investment decision makers at my firm have previously excluded companies run by women CEOs from being potential investment opportunities. While some funds are taking initiative to specifically support female-run businesses, it will be a slow routing of the ship as the culture shifts to an understanding that women can run businesses just as well as men can.”

• “It’s a HUGE problem, sexual misconduct and harassment yes, but gender bias is more subtle and more sinister. Gender bias dominates my daily life. I’ve exhausted a variety of personal tactics designed to improve how myself and the women I work with are treated, but it’s been futile (I can prove there is a dramatic gender pay gap at my firm). I’m left with the resolve that the only way to effect change is for women to organize within their respective companies and essentially strike.”

• ”It remains a problem in every industry. For tech, I actually am hopeful as the need for talent is so great. As for action, all business groups and leaders should actively push for more women on boards.”

• “The obvious difference in funding and jobs for women. Promote and fund more women.”

On private equity, venture capital, and valuations: The predictions of a looming recession continue.

• ”I have been in the investment banking world since 1982, I believe we are in the worse possible position globally, and expect market downturn unlike I’ve experienced before.”

• ”Has the PE community seemingly abandoned rationale pricing and building companies for the long term as opposed to trading companies to each other?”

• ”I’ve believed for years that PE industry would implode out of greed and avarice. I’m apparently wrong again.”

• ”Leverage ratios and covenant monitoring need to be a topic of interest in new deals as we transition from high prices deals of 2018 in to a potentially risky 2019. Bankruptcies pose a bigger threat to snowballed economic deterioration than shaky POTUS policies.”

• ”I think that there may be a VC bubble burst in the next year or two with the inflated valuations and enormous amount of dry powder currently in place.”

• ”My biggest concern is that funding parties stay too close to their network and tend to focus funding on experienced CEOs. There is no easy pathway for new CEOs (women especially) to get to institutional funding.”

• “I continue to wonder when we Scorpions of Sand Hill Road will be deservedly bit themselves.”

On Trump’s tenure: Many respondents don’t predict a removal from office.

• “He won’t leave, and any process to remove him will extend beyond this year.”

•“If everything that has been exposed hasn’t taken him down, nothing will…”

•“I am betting he gets re-elected. Who else would you rather have?”

• “Unless there is hard evidence, no one will want to take on his unpredictability.”

• “The economic uncertainty and political risk impeachment would bring are not worth the temporary joy it would bring Democrats.”

• “I don’t see the path to a successful impeachment materializing.”

• “There will be thin reason to impeach, but it will be politically risky to vote to impeach the president on infractions that the average American doesn’t view as worthy of impeachment.”

Thanks again to everyone who took the time to take the survey. If you have any additional thoughts, share them with me on Twitter.