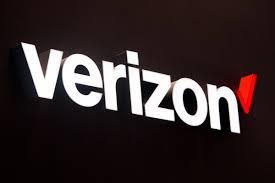 How Verizon Will Spend $1 Billion to Help the Environment

Verizon is looking to fund some of its recent environmental commitments using lower-cost bonds that appeal to a growing block of environmentally-sensitive investors. The telecom giant this week borrowed $ 1 billion via a so-called green bond, agreeing to spend the proceeds only on projects with a clearly positive environmental impact.

The money will help Verizon fulfill a promise from last year to cover at least half of its energy use with renewable sources by 2025. New projects will include both those that add solar and hydrogen fuel cell electricity production at existing properties, as well as investing in larger solar and wind farms in areas near its large facilities.

“This is now a real game changer,” Jim Gowen, vice president for Verizon’s global supply chain and chief sustainability officer, tells Fortune. “The whole goal of this new bond was to focus on a new, unique funding source.”

The bond issue was a huge success from a financial perspective, though Verizon declined to provide many details. Wall Street underwriters had eight times more orders to buy bonds than bonds to sell, allowing them to reduce Verizon’s borrowing cost below the rate on its typical corporate debt. Verizon declined to specify the exact borrowing rate.

Green bond issuance rose to $ 167 billion worldwide last year, almost quadruple the level of 2015. And with more investors clamoring to support the sector, issuance this year could hit $ 200 billion, according to Moody’s Investor Service.

It’s one way the investment community is seeking to address the risks of climate change at a time when the federal government has renounced many such efforts. So far, most of the borrowing has been by government entities, but more corporations are getting in the market, too. Apple (aapl) issued $ 2.5 billion in green bonds in 2016 and 2017, for example. Verizon is only the second issuer from the telecommunications sector after Spain-based Telefónica sold a $ 1.1 billion issue last month.

In addition to the power projects, Verizon is also planning on spending some of the proceeds to improve the efficiency of its buildings by, for example, adding energy-saving LED lighting and installing sensors that automatically reduce heat and lighting when no people are present. Verizon last year added 200,000 LED bulbs, Gowen says. Some money will also be spent on the company’s reforestation program, a commitment to plant 2 million new trees by 2030 including 250,000 in areas hit by the series of major hurricanes in 2017 like Puerto Rico and Miami.

All told, Verizon (vz) plans to spend the $ 1 billion in three years or less, Gowen says. And he’s already thinking about how the company could spend more with additional green bond issues. “I already have plans and I’m setting up my next $ 1 billion,” he says. “We see this as a great funding mechanism in the future.”