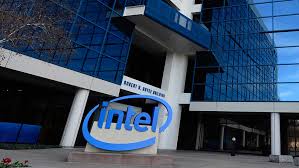 Intel spent seven months searching for a new chief executive only to end the process right where it had started. The chipmaking giant said on Thursday that its next CEO—only the seventh in the company’s 50-year history—would be Bob Swan, who had been leading Intel on an interim basis after the sudden departure of his predecessor, Brian Krzanich, in June.

The decision by Intel’s board marks a change from the previous six bosses, all of whom had long careers at the company and deep roots with its semiconductor business. Swan, 58, is an outsider who only joined in 2016 as chief financial officer after a lengthy career in finance at many well-known companies.

Intel said on Thursday that Swan was unavailable for an interview.

The hire was “likely the safest choice in what has apparently been a challenging search,” Bernstein Research analyst Stacy Rasgon noted. While hardly blown away by the hire, Rasgon complimented Swan as “a capable executive who does his best to drive the bottom line.”

A child of upstate New York, Swan was born in Syracuse and graduated from the University at Buffalo in 1983 with a business degree; he was also an avid rugby player there. He added an MBA from the State University of New York at Binghamton in 1985 and then joined one of that region’s corporate gems at that time, General Electric. During his 15-year tenure, he quickly rose through the company’s finance ranks to serve as chief financial officer for GE Transportation Systems, GE Medical Systems, and GE Lighting.

“The expectation drilled into me early in my career at GE was that the role of finance is not about counting the beans — it’s about helping the beans grow,” Swan explained years later, citing one of his favorite metaphors while receiving an award at his undergraduate alma mater in 2017.

In 1999, excitement over a new thing called the Internet drew Swan out of the comfortable confines of GE (ge) to become chief operating officer at ill-fated online grocery delivery service Webvan. He even briefly took over as CEO in 2001, shortly before the entire company went under.

Then it was back to some of the classic names in corporate America, serving as CFO at the auto parts and aerospace company TRW and at tech consulting giant EDS until 2006.

That’s when eBay’s (ebay) then-CEO Meg Whitman hired Swan as her CFO. A few years later, she resigned to run for political office and Swan spent most of his tenure helping the next CEO, John Donahoe, through an intense period of growth fueled by acquisitions.

The team bought dozens of companies, including Bill Me Later for over $ 1 billion and GSI Commerce for $ 2.4 billion. The most far-sighted may have been spending $ 800 million in 2013 for payments startup Braintree, which developed the now-popular Venmo app and later became part of PayPal. From 2006, the year Swan joined, through 2014, the year before he left, eBay’s revenue more than tripled to nearly $ 18 billion.

The two leaders and much of their executive team left around the time of the 2015 spin off.

Swan’s next move took him to General Atlantic, a private equity and investing firm known for backing major startups like Uber and Airbnb. There, he reunited with former GE chief information officer Gary Reiner, with whom he had reaped tremendous cost savings at GE in the 1990s through outsourcing. At General Atlantic, they advised companies the firm invested in on similar matters including finance, mergers and acquisitions, and use of technology.

The stint also gave Swan an opportunity to work with smaller startups again. He served on the board of software developer AppDynamics after helping lead a $ 158 million financing for the company. A year after Swan had departed, AppDynamics was readying an initial public offering when Cisco Systems (csco) swooped in with a $ 4 billion buyout offer.

Former Intel (intc) CEO Krzanich wooed Swan back to a CFO role in 2016 when then-CFO Stacy Smith wanted to move into an operational role. Swan’s compensation package was valued at $ 23 million, lofty by CFO standards but $ 2 million less than Krzanich spent the year before luring Qualcomm co-president Venkata “Murthy” Renduchintala to Intel.

While Swan kept the chipmaker’s finances in order, Krzanich struggled to keep its manufacturing operation running smoothly. Intel was trying to upgrade to making smaller, more efficient microprocessors, but delays pushed off the more advanced products for years—they’re still unavailable in large volumes. And Intel still isn’t much of a player in mobile chip, while its strong position in server chips is under attack.

Now it will fall to Swan to fix Intel’s problems, even as rivals Advanced Micro Devices (amd) and Nvidia (nvda) march ahead. They rely on outside manufacturers like Taiwan Semiconductor that have outpaced Intel and its manufacturing woes.

During a boom time for chipmakers over the past three years, Intel’s shares have risen 65%. But that seemingly healthy amount is anemic compared to Nvidia’s 400% rise and AMD’s shares rising 10 times their price from three years ago.

In an email to all staff on Thursday, Swan alluded to the problems without directly addressing what he’d do to correct them. “Our execution must improve,” he wrote. “And it will. Our customers are counting on us.”