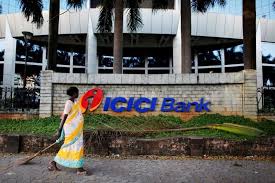 ICICI Bank reported a 2.7 percent fall in third-quarter net profit on Thursday, missing analysts’ estimates by a wide margin, as it set aside higher provisions.

That compares with analysts’ average estimate for a profit of 18.36 billion rupees, I/B/E/S data from Refinitiv showed.

However, gross bad loans as a percentage of total loans, a measure of asset quality, fell to 7.75 percent at the end of December, from 8.54 percent in the previous quarter and 7.82 percent in the same period a year earlier.