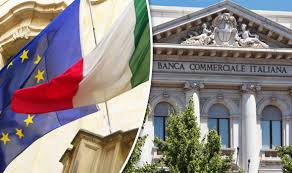 Cleaning up Italy’s banks is proving slow and painful

“THE BOILS that had to burst have burst,” says Mario Deaglio, an economist at the University of Turin, of Italy’s banks. The latest carbuncle to come to a head is Banca Carige, which was put into temporary administration by the European Central Bank (ECB) on January 2nd—the first time the euro-zone regulator has exercised this power. The move followed a shareholders’ meeting in December that failed to approve the first tranche of a €400m ($ 455m) capital increase.

The ECB appointed three administrators, including Carige’s former chief executive and chairman, giving them three months to reduce the €3bn stock of bad loans and arrange a merger. Italy’s government issued a decree to guarantee the bank’s bonds for up to €3bn, and to support a precautionary recapitalisation, if requested. On January 18th Banca Carige said it would issue government-backed bonds to the tune of €2bn, and perhaps a further €1bn. But it maintains that it will find a market solution. The administrators will present a business plan next month.

Banca Carige, Italy’s tenth-biggest lender, has had a rocky time of it recently: an accounting scandal emerged in 2017 and it has gone through three bosses in as many years. Its latest troubles date from last autumn, when the ECB identified losses of €200m. Carige was required to shore up its capital or arrange a merger by the end of the year. Attempts to issue bonds on the market failed, and in November Italy’s interbank deposit-guarantee fund, a voluntary scheme, stepped in to the tune of €320m. December’s planned capital increase included converting those bonds into equity.

The rescue legislation bears a strong resemblance to that passed by the previous government in 2017 to save another troubled bank, Monte dei Paschi di Siena, Italy’s fourth-biggest. But their situations differ markedly. Monte dei Paschi required a capital injection of €8bn; Carige’s shortfall is €400m—€320m of which it has already.

That is a welcome sign of stabilisation, says Nicolas Véron of Bruegel, a think-tank in Brussels: “Three years ago, Italy was a textbook case of a zombie banking system.” Total bad loans, including those in delinquency and those classed as unlikely to be repaid, are down from a peak of €341bn in 2015 to €211bn last September. Sales of non-performing loans (NPLs) last year amounted to €66bn; Banca IFIS, a lender that is building a portfolio of bad debts, predicts sales of €50bn in 2019. A report by PwC, a professional-services firm, suggests that this year could see the start of a market for unlikely-to-pay loans and growth in the secondary market for NPLs.

Monte dei Paschi di Siena, for its part, issued a five-year €1bn bond, guaranteed by residential mortgages, on January 23rd. Demand exceeded €2bn. Last year it disposed of bad loans with a face value of €24.1bn, but market volatility has made its turnaround trickier than had been hoped. This year it will have to present a plan for its reprivatisation to the ECB. It is supposed to be sold on by 2021.

Italy’s banks are still fragile. The stock of bad loans remains high, profitability is low and banks remain highly exposed to sovereign debt even as national politics have become more tumultuous. More difficulties lie ahead, says Giovanni Razzoli of Equita, a bank. In Italy recession is looming, meaning appetite for mergers is likely to be low. The ECB’s targeted longer-term refinancing operations, which offered euro-zone banks cheap credit, are due to come to an end. And it wants banks to dispose of all bad loans by around 2025, sooner than had been expected. The scars of the banking crisis will be slow to fade.