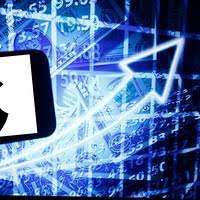 Six of Wall Street’s largest financial institutions opened their books to the public this week, revealing a blockbuster quarter for the industry and some insight into a surprisingly stormy global economy.

First, there were record profits to consider. Even before Morgan Stanley reported its results on Thursday, total 2018 profits exceeded $ 100 billion for the first time ever as the likes of Goldman Sachs, JP Morgan Chase, Citigroup, Bank of America and Wells Fargo all continued to ride the crest of the current expansionary wave. The Trump administration’s tax cuts have continued to prove a boon for Wall Street, and the numbers—such as J.P. Morgan’s highest-ever annual profit, not to mention Goldman Sachs’ highest yearly revenues since 2010—only backed up that sentiment.

But the banks’ results (not to mention the questions their executives fielded on subsequent earnings calls) revealed underlying anxieties about what the future could hold. Virtually all of Wall Street’s shops took a hit on December’s topsy-turvy market, which battered fixed income revenues by double-digit percentages across the board.

Most banking executives struck a defiant tone. Citigroup’s Michael Corbat urged investors against “talking ourselves into the next recession” and stressed that the underlying fundamentals of the economy are “stronger and more resilient than recent volatility would indicate.” His J.P. Morgan counterpart, Jamie Dimon, insisted that he was “totally happy” with the bank’s fourth quarter performance and “honestly could [not] care less” about the impact that December’s volatility had on its bottom line.

Despite such reassurances, there was a sense that banking executives see choppier waters on the horizon.

“Across all of [the earnings calls], you saw the fear and uncertainty of growth—where do we grow and how?” says Michael Spellacy, senior managing director for capital markets at Accenture. Spellacy said the banks should be wary of “downside volatility that may cause a fundamental shift in their earnings profile,” as well as inefficiencies in their cost structures and the manner in which they interact with customers today. “The need for digital interaction is paramount today,” he noted. “Would you say [banks] offer a world-class customer experience compared to an Amazon or a Google?”

Analysts on most calls, meanwhile, took particular interest in leveraged loans and collateralized loan obligations (CLOs)—asking executives about their exposure to markets that have an unsavory association with the global financial crisis, and which some say is once again becoming an increasingly risky play.

“You’ve seen some regulators highlight concerns about [the CLO] market,” UBS analyst Brennan Hawken tells Fortune, citing noise out of the Federal Reserve last month that it would pay closer attention to the sector. “Levered lending has grown significantly and we’ve seen underwriting standards deteriorate. People are looking at the growth in corporate lending as a potential systematic vulnerability.”

But CEOs, for their part, largely played off these concerns. Corbat noted that 83% of Citi’s corporate loan exposure is investment-grade, and described leveraged lending as “not a material component of our overall lending business.” And on the CLO front, Corbat said that there are “structural protections that are in place that have been enhanced since the crisis” and said that, unlike before the crisis, the bank’s primary CLO syndicate “does not retain any residual exposure post-issuance.”

Jamie Dimon said that CLOs are “far better underwritten” than in years past, and described the leveraged lending market as “a much smaller book” than in the pre-crisis days. “ However, he warned that with “shadow banks” and non-bank lenders with less strenuous standards having stepped up to fill the void left by the banks, “someone is going to get hurt” in the event of the next downturn.

Elsewhere, Bank of America CEO Brian Moynihan lauded a quarter that saw the bank triple its earnings year-on-year, to $ 7.3 billion—a fourth-quarter record for BoA—while Morgan Stanley reported disappointing profits that were down from a year ago thanks to weaker fixed-income and wealth management revenues.

Wells Fargo cited the continued impact that federal regulations, brought upon the bank as a result of its notorious account fraud scandal, have had on its ability to grow is business. Wells Fargo’s fourth quarter profits were down slightly year-on-year, and CEO Tim Sloan said the company expects to continue to operate under a Federal Reserve-imposed asset cap through the end of 2019.

But as far as regulatory issues are concerned, none commanded the attention as much as the fallout that Goldman Sachs is dealing with from the 1MDB scandal. New CEO David Solomon’s apology to the Malaysian people for the Goldman’s involvement in the alleged multibillion-dollar fraud of a government-run fund overshadowed what was a terrific quarter for the bank results-wise.

In a change of pace from his predecessor Lloyd Blankfein, who would delegate earnings calls responsibilities to the rest of his c-suite, Solomon took the opportunity to directly address the scandal. He claimed that that former partner Tim Leissner deliberated misled Goldman’s internal compliance structure and that the bank was unaware of the involvement of intermediaries like Jho Low, the Malaysian fugitive at the heart of the alleged fraud. On Low, Solomon noted that Goldman had declined to do business with him before—turning down his request for a private wealth account “because we could not verify the source of his wealth.”

It appears unlikely that Solomon’s efforts to atone for 1MDB—that is, the 1Malaysia Development Berhad scandal—will do much to alter the potential consequences at hand for Goldman, which has reportedly gone to lengths to cast Leissner as a rogue employee via personal attacks on his character. While the bank has set aside more than half a billion dollars to cover potential legal penalties, Goldman has said that the scandal could end up costing it an additional $ 2 billion on top of that.

Yet even that may not be enough for the Malaysian government, which is prosecuting Goldman for its actions. On Friday, it emerged that finance minister Lim Guan Eng described Solomon’s apology as “insufficient” and that Malaysia would consider dropping its charges against the bank should it provide full reimbursement for the 1MDB fund plus reparations—a figure totaling $ 7.5 billion.