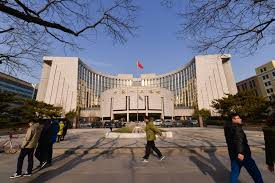 Why China Just Injected $83 Billion into Its Economy

The move sets a record for a single day.

On Tuesday, several Chinese government institutions told investors they would be spending more and providing policy support to sustain the economy. Measures included certain tax cuts. Those reassurances followed Monday’s news that China’s international trade was down amidst its trade war with the U.S.

Eight of 12 Chinese provinces that have reported 2019 growth targets have revised them downward, reports the South China Morning Post.

Other available tools include reducing benchmark interest rates, which would have a wider impact across the economy, but the central bank has not yet resorted to that.

“While the (PBOC’s) net injection is big, it’s little versus what a rate cut would release, which is what people in the market are watching for,” Mizuho strategist Ken Cheung told Reuters.

“The market is still too optimistic on the efficacy of the government support,” Nomura International economist Lu Ting told the SCMP.