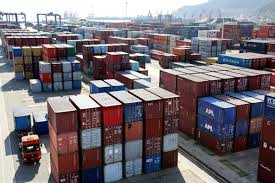 U.S. officials used three days of trade talks in Beijing to demand more details on China’s pledge to make big purchases of American goods, as well as to push for ways to hold China to any commitments on changes to industrial policies.

The meetings in China were the first face-to-face negotiations since U.S. President Donald Trump and Chinese President Xi Jinping met in Buenos Aires in December and agreed a 90-day truce in a trade war that has disrupted the flow of hundreds of billions of dollars of goods.

Washington has presented Beijing with a long list of demands that would rewrite the terms of trade between the world’s two largest economies. They include changes to China’s policies on intellectual property protection, technology transfers, industrial subsidies and other non-tariff barriers to trade.

Some 40 days into the 90-day truce, there were few concrete details on progress made so far. The meetings in Beijing were not at a ministerial level, so were not expected to produce a deal to end the trade war.

“The talks also focused on China’s pledge to purchase a substantial amount of agricultural, energy, manufactured, and other products and services from the United States,” the USTR said.

China made that pledge after the Xi-Trump meeting in Buenos Aires, when U.S. officials said China would start buying immediately. But aside from some soybean purchases, there has been little sign of big-ticket acquisitions.

In December, top Trump administration officials had said the trade commitments amounted to $ 1.2 trillion, but did not specify the composition or time period.

Those purchases would help meet another key demand from Trump: that China take action to reduce the massive U.S. trade deficit with its biggest economic rival.

Big spending on commodities and goods would send a positive signal on China’s intent to work with the United States, but would do nothing to resolve the U.S. demands that require difficult structural change from China.

It is unclear how much progress on those issues negotiators can make in 90 days, nor how much progress Trump would want to see to stop him from further escalating the trade war. The issues at play have soured the wider U.S.-China relationship for years.

At stake are scheduled U.S. tariff increase on $ 200 billion in Chinese imports. Trump has said he would increase those duties to 25 percent from 10 percent currently if no deal is reached by March 2, and has threatened to tax all imports from China if Beijing fails to cede to U.S. demands.

Beijing has said it will not give up ground on issues it conceives as core. China will not make any “unreasonable concessions” and any agreement must involve compromise on both sides, the China Daily, a state newspaper, said on Wednesday.

The paper said in an editorial that the dispute harms both countries and disrupts the international trade order and supply chains.

NOTHING IN THE DIARY

No schedule for further face-to-face negotiations was released after the talks, and USTR said the American delegation was returning to Washington to report on the meetings and “to receive guidance on the next steps,” USTR said.

One of the biggest challenges to any deal would be to ensure that China enforces whatever is agreed to stop technology transfers, intellectual property theft and hacking of U.S. computer networks.

The USTR said officials broached those topics and discussed the need for any agreement to include “complete implementation subject to ongoing verification and effective enforcement.”

U.S. officials have long complained that China has failed to live up to trade promises, often citing Beijing’s pledges to resume imports of American beef that took more than a decade to implement.

Derek Scissors, a China scholar at the American Enterprise Institute, a Washington think tank, said there was still time for a deal to be struck, but it will largely be based on American acceptance of Chinese promises for changes to its economic model, with little evidence of action.

“What really matters here is what enforcements will the U.S. have when the Chinese don’t follow through,” Scissors said, adding that this would need to entail a threat to reimpose tariffs by a certain date.

Stocks rallied globally on the positive tone of the talks and optimism that Washington and Beijing can avert an all-out trade war. [MKTS/GLOB]

Companies in both the United States and China are feeling the pain from the effects of the U.S.-China trade dispute. Apple Inc (AAPL.O) rattled global markets last week when it cut its sales outlook, blaming weak demand in China.

China’s Commerce Ministry, the lead agency on its side of the table, was silent after the conclusion of the talks, but was expected to address outcomes at its regular weekly news briefing on Thursday.

Chinese Foreign Ministry spokesman Lu Kang, speaking to reporters before the talks ended, confirmed that talks were extended for an unscheduled third day, saying this “shows that the two sides were indeed very serious in conducting the consultations.”

Speaking after the conclusion of the talks, Ted McKinney, the U.S. under secretary for trade and foreign agricultural affairs, told reporters in Beijing that he thought they “went just fine.” He added: “It’s been a good one for us.”

The U.S. China Business Council, a group representing American companies doing business in China, applauded the “substantive discussions” over the past three days, but urged the two governments to make tangible progress on achieving equal treatment of foreign companies in China and changes to policies aimed at technology transfer.

The group also urged the removal of U.S. tariffs when China delivers on its promises.

“Removal of these tariffs must be a priority, to address the damage that has been done to American companies that depend on trade with China, and to the U.S. economy as a whole,” the group said.