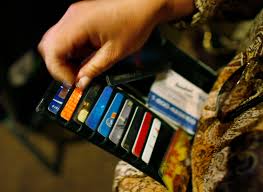 As the number of Americans with debt increases, and with difficulties affording living expenses, a new report from CreditCards.com finds that 1 in 5 millennials expect they’ll die in debt.

Another 60% of millennials, which was defined in the study as people between the ages of 18 and 37, said they’re unsure when or if they’ll pay off their personal loans.

Most millennials with debt are bogged down by student loans, followed by credit card debt. Further adding to their dismal financial outlook: Americans between the ages of 18 and 34 are earning less than the same age group in 1980. An average salary for young Americans between 2009 and 2013 was $ 33,883, which is the lowest since 1980, taking inflation into account, according to the New York Times.

A report from MagnifyMoney, which analyzed 2016 data from the Federal Reserve found that millennials with student debt, in particular, reported 75% “less net worth than their debt-free peers,” VICE reported. Brian Karimzad, MagnifyMoney’s co-founder, told the news site that some young people find themselves in an “infinite revolving [cycle of debt]” as more people with loans become reliant on credit cards to stay afloat.

“I think the way this one is playing out is as a slow-moving accident,” said Karimzad, as more young people find themselves in debt without the ability to wipe it out.