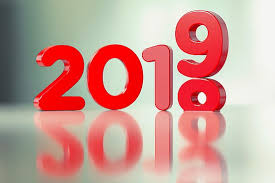 A Majority of Republicans, Democrats, and Independents Expect a Recession in 2019

The government shutdown is still on, trade tensions with China continue, and the stock market shows ongoing investor fears.

Little wonder why many may feel uncertainty. One symptom of growing anxiety is increased fears of a recession coming in 2019, according to a new poll from Axios in partnership with SurveyMonkey.

Despite nearly 60% of Americans believing the economy is still growing, approximately 65% still expect a recession is likely within the next year. However, those numbers vary widely by political affiliation.

Only 36% of Democrats thought the economy was growing, compared to 47% of Independents and 84% of Republicans.

The rifts by party are just as wide when it comes to looking at the next 12 months. About 82% of Democrats thought that a recession by early 2020 was likely, compared to 62% of Independents and only 53% of Republicans, although still a majority.

The sentiments echo those of CFOs surveyed on December 7 by Duke University and CFO Magazine. Eighty-two percent of U.S. CFOs expected a recession to start by the end of 2020 and almost half thought 2019 would see one. Chief financial offers in many other regions were more pessimistic, with 86% of Canadian, 67% of European, 54% of Asian, and 97% of African officers expecting a recession to start in 2019.

All the views were obtained before the worst December rout since the Great Depression.