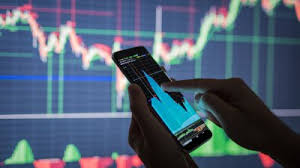 U.S. stock exchange futures looked as though they might rebound a bit after the Christmas Eve meltdown, according to MarketWatch.

Domestic markets had reacted to a weekend of roiling news, as Treasury Secretary Steven Mnuchin on Twitter tried to reassure everyone that banks had sufficient liquidity—a concern no one apparently had before the announcement—and a report that President Donald Trump wanted to fire Federal Reserve Chairman Jerome Powell.

However, not all markets reacted positively. The Shanghai Composite Index was down 0.4% in trading today. South Korea’s KOSPI dropped 0.6%. The Nikkei in Japan finally gained 0.9% after a volatile trading day and losing 5% the previous day.

“In addition to concerns toward the U.S. economy, the markets are now having to grapple with growing turmoil in the White House which has raised political risk ahead of the year-end,” Masahiro Ichikawa, senior strategist at Sumitomo Mitsui Asset Management, told Reuters.