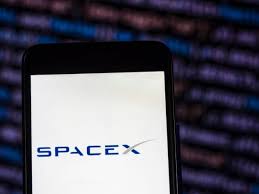 SpaceX Is Raising $500M In a Private Round Valuing the Company at $30.5B

SpaceX is in the process of raising $ 500 million in a private equity round that would value the Elon Musk-founded company as being worth $ 30.5 billion, The Wall Street Journal reported Tuesday.

Although terms of the financing have been agreed upon, the news isn’t expected to be officially announced until later this month, The Journal said. Investors in the round include existing SpaceX shareholders as well as Baillie Gifford, a Scottish investment firm that also owns a 7.6% stake in Tesla, where Musk is also CEO.

The funding will help finance Starlink, an ambitious project to launch thousands of satellites into low-Earth orbit that will provide broadband internet service. With Starlink, SpaceX hopes to eventually launch 12,000 satellites that will orbit between 200 and 800 miles above Earth’s surface, bringing better internet access to rural areas and developing countries.

Last month, the Federal Communications Commission approved SpaceX’s Starlink plan, clearing the way for the satellite network to be built in coming years.

Before now, SpaceX has raised a total of $ 2.2 billion during 17 previous rounds of equity and debt financing, according to Crunchbase. Most recently, SpaceX raised $ 250 million last month through a high-yeild loan facilitated by Bank of America, an amount that was below the $ 750 million SpaceX initially sought.