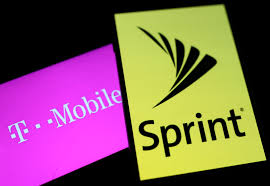 WASHINGTON/NEW YORK (Reuters) – T-Mobile US Inc (TMUS.O) and Sprint Corp (S.N) believe their foreign owners’ offer to stop using Huawei Technologies equipment will help with the United States clearing their $ 26 billion merger deal, sources said, underscoring the lengths to which Washington has gone to shut out the Chinese company.

Like all major U.S. wireless carriers, T-Mobile and Sprint do not use Huawei equipment, but their majority owners, Germany’s Deutsche Telekom AG (DTEGn.DE) and Japan’s SoftBank Group Ltd (9984.T), respectively, use some Huawei gear in overseas markets.

People familiar with the deal between T-Mobile and Sprint, the third and fourth largest U.S. wireless carriers, said U.S. government officials had been pressuring Deutsche Telekom to stop using Huawei equipment, and the companies believed they had to comply before a U.S. national security panel would let them move forward on their deal.

Both Deutsche Telekom and Softbank were reported this week to be seeking to replace the world’s biggest network equipment maker as vendor. Now, T-Mobile and Sprint expect the U.S. panel, called Committee on Foreign Investment in the United States (CFIUS), to approve their deal as early as next week, the sources said. The sources, however, cautioned that negotiations between the two companies and the U.S. government have not been finalised yet, and any deal could still fall through. They asked not to be identified because the matter is confidential.

Sprint, T-Mobile, Deutsche Telekom, SoftBank and CFIUS declined to comment. Huawei did not respond to a request for comment.

The U.S. government and its allies have stepped up pressure on Huawei over concerns that the company is effectively controlled by the Chinese state and its network equipment may contain “back doors” that could enable cyber espionage, something which Huawei denies. Several telecom operators in Europe and Australia have said they will exclude the Chinese firm from their fifth-generation (5G) mobile networks.

The pressure on Huawei has already heightened tensions between the United States and China over trade. Earlier this month Meng Wanzhou, Huawei’s chief financial officer and daughter of its billionaire founder, was arrested in China on a U.S. extradition request. U.S. prosecutors have accused her of misleading multinational banks about Huawei’s control of a company operating in Iran. China has asked for her release.

In an interview with Reuters earlier this week, U.S. President Donald Trump drew a connection between the Huawei CFO extradition case and his administration’s trade row with China, saying he would be willing to intervene if it helped resolve the dispute or serve U.S. national security interests.

ZTE was crippled in April when the United States banned American firms from selling it parts, saying the company broke an agreement to discipline executives who had conspired to evade U.S. sanctions on Iran and North Korea.

The ban, which became a source of friction in Sino-U.S. trade talks, was lifted in July after ZTE paid $ 1.4 billion in penalties, allowing the firm to resume business.

Deutsche Telekom, Europe’s largest telecoms company, on Friday said it was reviewing its vendor plans in Germany and other European markets where it operates, given the debate on the security of Chinese network gear.

The Justice Department and Federal Communications Commission must also approve T-Mobile’s and Sprint’s merger. T-Mobile previously said it expected the deal to close in the first half of 2019.