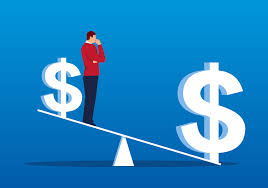 As the stock market struggles and many worry about a recession, a new study from personal finance site Bankrate suggests Americans are having trouble getting raises.

Those that were fortunate enough to receive a raise in the past year earned it for a variety of reasons. According to the study, 37% of them earned it based on performance and 29% got a promotion.

Despite the majority of Americans didn’t receive a pay raise in the last year, they’re not necessarily frustrated, according to the study. Ninety-one percent of respondents told Bankrate that they have the “same or greater confidence” in the job market this year as they did in the previous year. What’s more, just 25% of workers who haven’t received a pay raise will actually look elsewhere for a new position, suggesting money isn’t everything.

Still, current income appears to be an indicator for future raises. Bankrate found that 76% of people in the lowest income bracket (under $ 30,000) failed to receive a pay raise or better-paying job in the past year. That rate was the highest of any income bracket.