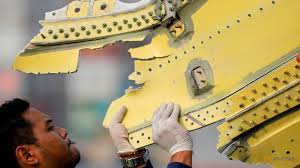 JAKARTA (Reuters) – Bureaucratic wrangling and funding problems have hampered the search for the cockpit voice recorder of a crashed Lion Air jet, prompting investigators to turn to the airline to foot the bill in a rare test of global norms on the probe’s independence.

Weeks of delays in the search for the second ‘black box’ may complicate the task of explaining how 189 people died when the Lion Air Boeing 737 MAX crashed into the Java Sea on Oct. 29.

“We don’t have further funds to rent the ship,” a source at Indonesia’s transport safety committee (KNKT) said, in reference to specialised equipment needed for the search.

“There is no emergency fund for us, because there is no legal basis,” the source said on condition of anonymity.

“We have already asked the coordinating minister for the economy, but there is no regulation and it would need to be discussed by the parliament,” the source added.

The clock is ticking in the hunt for acoustic pings coming from the L3 Technologies Inc cockpit voice recorder fitted to the jet. It has a 90-day beacon, according to an online brochure from the manufacturer.    Safety experts say it is unusual for one of the parties to help fund an investigation. Under United Nations rules, such probes must be conducted independently to maintain trust in any recommendations made to prevent future accidents.

There are also broader concerns about the resources available for such investigations worldwide, coupled with the threat of agencies being dragged into separate legal disputes.

A rare exception was the costly search for black boxes of an Air France jet in the Atlantic in 2009, parts of which were funded by the airline and Airbus after a failed two-year effort.

The Lion Air jet crashed in relatively shallow water of 30-35 metres but only the data recorder has been found as the remaining device lies among oil pipelines requiring an expensive self-positioning vessel without an anchor.

A Lion Air spokesman said a chartering contract had been signed and a specialised ship would arrive once all international regulatory approvals were obtained.

Even though the airline is helping to fund the search, officials from the KNKT will oversee all operations on board.

Finance Minister Sri Mulyani Indrawati said she was not aware of a lack of funding for the CVR search operation.

The voice recorder could help answer questions over whether the crew responded correctly to potentially faulty sensor data and any role that a newly modified anti-stall system on the 737 MAX may have played.

The flight data recorder was recovered three days after the crash, giving insight into aircraft systems and crew inputs, though the cause has yet to be determined.

The need for an adequate support ship has been highlighted ever since tests on Nov 12 suggested the CVR’s locator beacon was broken, KNKT head Soerjanto Tjahjono told Reuters.

He estimated the search would cost about 25 billion rupiah ($ 1.73 million) every 10 days and cited the need to obtain “administrative progress” on funding as the main obstacle over the last month.

A source at Lion Air said its insurers had been reluctant to pay for the search and so the airline had stepped in.