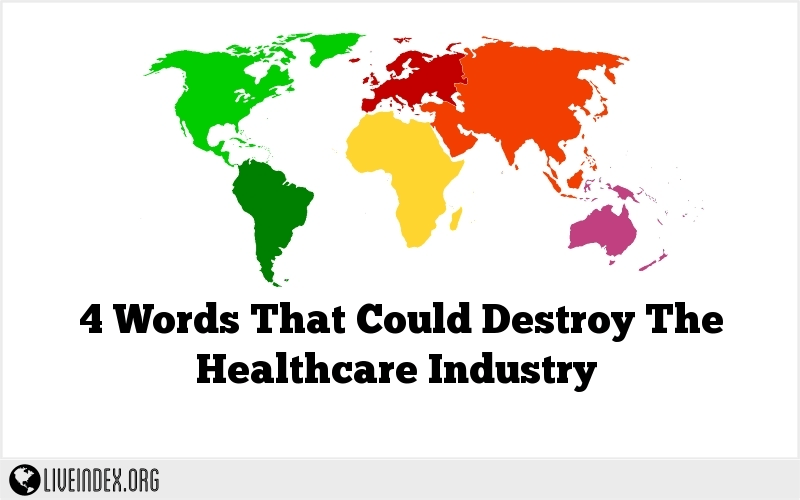 4 Words That Could Destroy The Healthcare Industry

The fate of The Affordable Care Act, and potentially the country’s entire healthcare industry, lies in the court’s final interpretation of the words “established by the state,” which are buried in one line of a 906-page document.In order to make the Affordable Care Act “affordable,” the federal government offers subsidies that make insurance accessible to even the lowest income brackets. But according to the strict letter of the law, only people who signed up through an insurance marketplace that was “established by the state” qualify for a federal subsidy.

The federal government says the language should be interpreted within the context of the law as a whole. They argue that if you consider the document in its entirety, then the law clearly intends for all Americans — not just those who signed up under-state exchanges — to be eligible to qualify for subsidies.

This is where King v. Burwell comes in.

Only 13 states elected to create their own exchanges, while the rest defaulted to a federally-managed marketplace. If the court rules in favor of the strict, literal interpretation of the law, then everyone who signed up under the federal exchange — 34 states and roughly 7.5 million people — could lose their subsidies. (It is unclear how the court case would affect Nevada, Oregon and New Mexico, since each state initially elected to run its own insurance marketplace, but eventually relied on part or all of the federal exchange, according to The New York Times.)

Without subsidies, younger (and healthier) Americans could be discouraged from purchasing insurance, while the poorest Americans could be unable to afford it. The likely results are canceled policies and a demographic shift of those covered to older Americans and those with preexisting conditions. Both variables equate to increased costs and a further reduction of those with insurance.

This is bad news for the insurance industry and anyone invested in it.

The uninsured rate could increase by 3% — to 13% of the population, from 10% currently — in the 34 states in contention, according to calculations by The Urban Institute and reported by The New York Times. The South would be most affected, followed by the Midwest, according to the same data.

Enrollment for the ACA began in late 2013. That year, revenue for the three firms grew an average of 18.6% year over year, a huge jump compared to the average 4.7% growth over the five years ended December 2012. Let’s say that 5% of the 2013 average for these three insurance giants was due to organic growth. That would mean 13.6% of that revenue increase was a direct result of the implementation of Obamacare.

In a worst case scenario, insurance enrollment could decline by 9.6 million people, or 70% of those who signed up under the law, according to a report by the RAND Corporation. If that happens — or even a more conservative percentage, say 50% — then the revenues of health insurers will be directly impacted.

You see, when a person signs up for health insurance, their rates are locked in for the duration of their contract (typically a year). The federal subsidies in question are paid directly to the insurance companies. If that revenue stream dries up, then it will be those companies who must immediately pay the difference, which will result in higher premiums when consumers go to renew insurance months later.

On average, UNH, AET and ANTM project revenue to grow 8% in fiscal 2015 and roughly 7% in fiscal 2016, which is more in line with — but still higher than — their year-over-year growth in the five years leading up to the law’s implementation. The companies could be accounting for the potential fallout of the court case with these revenue projections, but are likely just forecasting the new norm for revenue growth after the initial explosion of new enrollees. No matter what, in the event of a negative outcome for the Supreme Court case, investor sentiment could (and likely will) drive health insurers’ share prices down.

The same goes for publically-traded hospitals like HCA Holdings, Inc (NYSE: HCA), Tenet Healthcare Corp. (NYSE: THC) and DaVita Healthcare Partners, Inc. (NYSE: DVA), as they would likely see higher default rates on medical billings and less patients utilizing their facilities. HCA could be disproportionately affected because 74% of its hospitals are located in the South, with 25% of those located in Florida (which is expected to be the state most affected by a negative court ruling), according to SEC filings.

So you may be wondering: would a worst case scenario cripple every stock related to healthcare? Not necessarily.

While investor sentiment could impact the share price of pharmacy benefit managers (or PBMs) like CVS Health Corp. (NYSE: CVS) and Express Scripts Holding Co. (Nasdaq: ESRX), I think these companies are far enough down the food chain that they will likely have time to temper expectations and weather the brunt of the storm.

Pharmacy benefit managers are the middle men between pharmacies and insurance companies. Good PBMs negotiate bulk discounts on drugs with insurance providers and pass savings along to customers. And while these firms would surely feel the impact of an elimination of subsidies, they have plenty of other positive catalysts going for them to get investors excited.

I am particularly fond of CVS. You may recall that the firm removed tobacco products from its stores in February 2014. While this dampens near-term revenue, it is part of a broader push to become a healthcare leader, in particular the dominant PBM. If shares are affected by the court ruling, then I’d consider it an opportune time to buy the stock at a discount. In fact, my colleagues Brad Briggs and Jimmy Butts currently rate CVS as a “buy” in their premium newsletter, Maximum Profit.

According to Brad and Jimmy, CVS is going a long way — like eliminating tobacco products — to foster goodwill with hospitals, insurance companies and pharmacies. And it’s already beginning to pay off. These long-term relationships, coupled with its retail side, make CVS an attractive investment, especially if shares become undervalued after the Supreme Court’s ruling.

Risks To Consider: The Supreme Court could side with the federal government and maintain subsidies in the 34 states in contention. If the court eliminates subsidies, then the 34 states could establish their own marketplaces, under which people would be able to again receive financial help from the government. This outcome would likely still impact the healthcare industry, but to a lesser degree than if states simply accept the subsidy elimination.

Action To Take –> Healthcare has been one of the best places for investors to earn market-beating profits during the past few years. But I recommend caution with anything healthcare-related until some clarity arises with the King v Burwell case. If you already hold positions in any companies that could be affected, then consider reducing your exposure or closing the position altogether. In the event of a worst case scenario and CVS shares drop in value, consider opening a position. I believe the long-term catalysts outweigh the near-term downside.

As I mentioned earlier, my colleagues Brad Briggs and Jimmy Butts over at Maximum Profitcurrently rate CVS as a “buy.” Thanks to their sophisticated system — which relies on two time-tested, rigorously vetted indicators — they’re able to identify exactly when investors should buy (and sell) fundamentally-sound stocks as they enter and exit what they call a “growth window.” Maximum Profit readers handily beat the S&P 500 last year, and there’s no reason to believe they can’t do it again. To learn more about their system, visit this link.